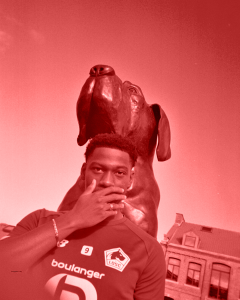 Born in Brooklyn, raised in Port-au-Prince and Ottawa, David left North America to play in Europe at 18, making his professional debut with KAA Gent in August 2018. In his first two full seasons in Europe, David went on to scored 30 goals in 60 matches in the Belgian league and 7 goals in 17 matches in the UEFA Europa League. Since making his debut for Canada’s senior national team in September 2018, David has scored 11 goals in 12 international matches.

Fly Nowhere, working in collaboration with David’s football agency, Axía Sports Management, will direct marketing, media, and brand building for David, as he continues his rise to the highest level of the world’s game.